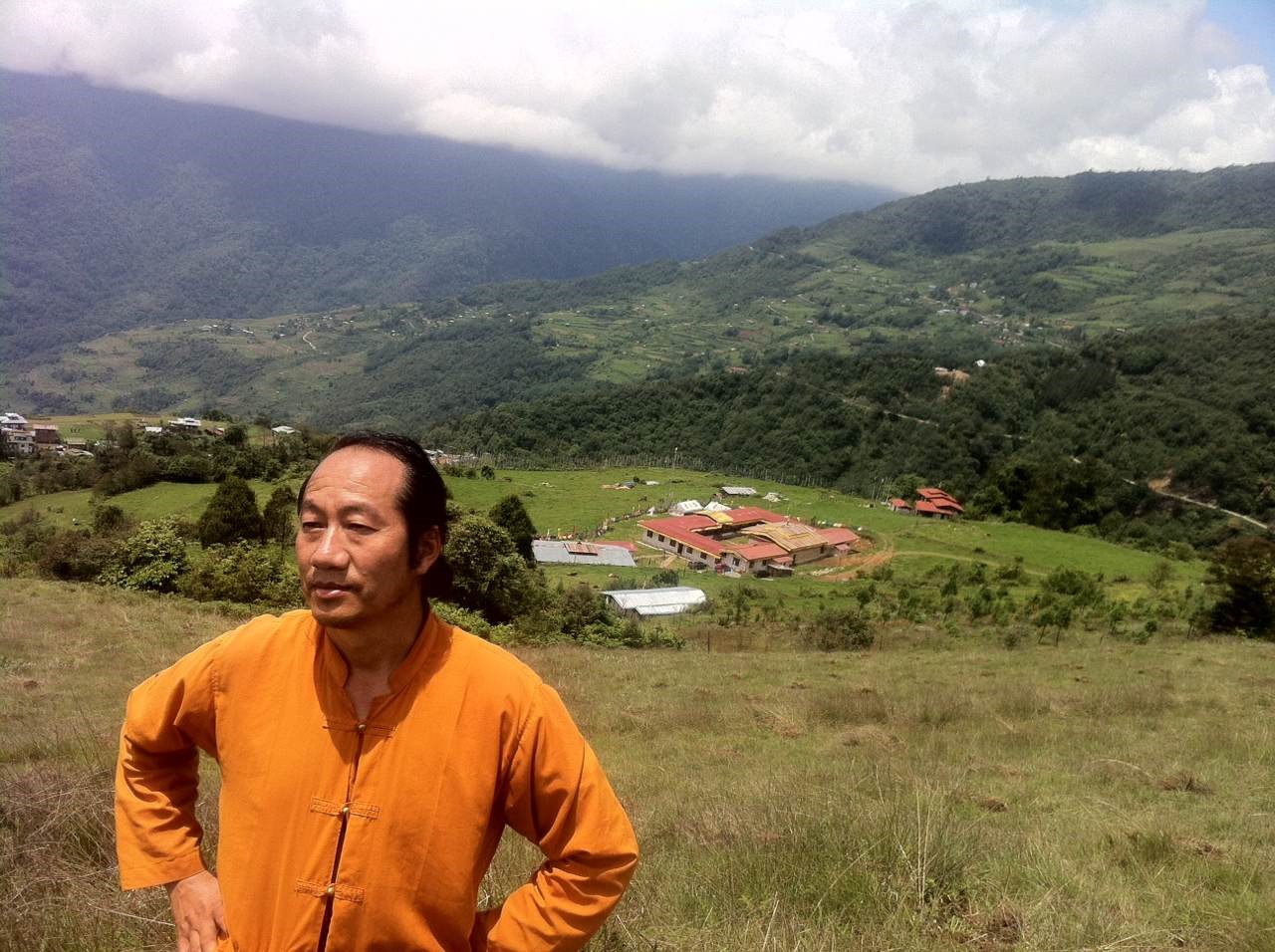 Religiously devoted to religion- Lopen Tshampa Pema Gyeltshen is a spiritual scholar of Vajrayana Buddhism following the strict of schedules as a monk, not wasting a moment of his life by dwelling in the materialistic world. Vajrayana is a sect of Buddhism that has survived only in Bhutan, thus, making Bhutan the last Vajrayana Buddhist Nation.
At a very tender age of 7, despite coming from poverty stricken family and his parents just a farmer, the spiritual Guru heeded his life’s calling- to study Buddhism. As much as he is a prominent spiritual leader and a scholar, Lopen Tshampa Pema Gyeltshen’s  struggle too was nothing less. Waking up to the cocks crow at oddest wee hours of the day- managing household chores along his monastic education, mugging prayers, performing rituals and learning the essence of Buddhism, he kept achieving higher sense of Buddhism.
Owing to his perseverance and passion and mind sacredly bent, he is unfathomably revered in Bhutan. According to a legend, it is believed that Lopen Tshampa Pema Gyeltshen got oral transmission of ‘zhung’, ‘rigney’ and ‘tsi’- the Buddhist studies that was at the verge of extinction. Consequently, that Lopen Tshampa Pema Gyeltshen is also equally revered to his master before him.
Just into his teens, he could already conduct several important rituals and ceremonies; it is a hallmark of every learned saint in Buddhism. Under the guidance of an aging Buddhist saint, a master of astrology- Lopen Tshampa Pema Gyeltshen also succeeded in studying the science of astrology. Thus, Lopen Tshampa Pema Gyeltshen is also an expert astrologer. In knowing the Buddhist philosophies and many important prayers and mantras, Lopen is a smooth teacher in Meditation. People throngs at his doorstep to seek asylum for difficulties in their lives through the Lopenís meditation skills. Lopen travelled from hamlets to another and in hundreds, he always sought to propagate Buddhism.
A 51-year old, he lives a life of a hermit meditating in the seclusion and embrace of caves above the Shugdra Goemba in Bumthang. He has never resorted to commercial talks and lectures; he helps people coming to him for meditation purposes. Nonetheless, he maintains a low profile life despite all the fame he could garner by going places preaching people. But, bent on the tenets of religion, he has detached himself from the materialistic world renouncing the simplest of comfort.
Unfurling the hallmark of a Buddhist saint, the perseverance to meditate in the caves for decades in a row, he achieved the losumchoesum- a religious retreat that aids in understanding the higher concepts of Buddhist philosophies.
Thus, he can share a lot of insights about meditation. Owing to his great knowledge in astrology, people have thronged his place to seek the consultations of the stars. For many years, he has been overwhelmingly sought for his teachings and blessings. As much as he is harmonious, we also feel a sense of joy and peace around him.